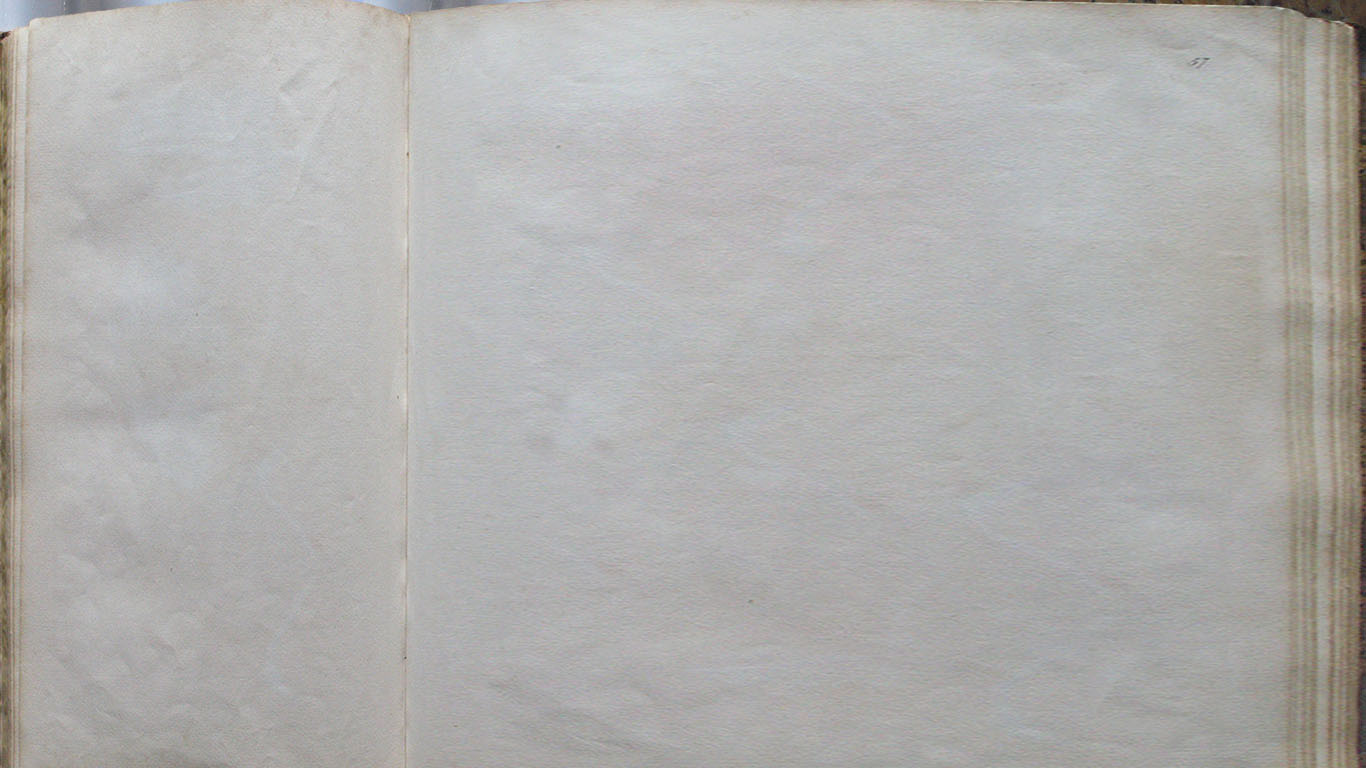 The people behind Hotel Modern

Hotel Modern was founded in 1997 and the nucleus of three theatre makers collaborate with other artists, theatre actors and composers on a per-project basis. Arlène Hoornweg and Pauline Kalker are actresses – both graduated from the Arnhem Theatre School – and Herman Helle made his name as a visual artist and model maker. Hotel Modern has a unique place in Dutch theatre. Although other companies use scale models, animations and projections on a more or less regular basis, Hotel Modern is unique because it uses this medium, this ‘miniature city scenography’, to explore great, important, adult themes. As the group says: ‘We practice black humor, try to give shape to difficult subjects in a light and playful way.’

The Holocaust, for example, is just such a difficult, emotionally charged subject – so charged in fact, that the words ‘for example’ seem misplaced here. In the performance Kamp, Hotel Modern appear to be testing the boundaries of possibility in this type of theatre. It presents the audience with a day in the life – and, more often than not, death – of Auschwitz concentration camp. The group built the camp in miniature, ‘true-to-life’. As an audience member, one is immediately thrown into disarray on entering the theatre: those barracks, those watchtowers, as well as those train wagons and barbed wire fences are tucked away somewhere deep in the collective unconscious. Seeing it this way, displayed in three dimensions, is an exceedingly uncomfortable experience.

The three members of Hotel Modern start to crawl around the stage on all fours. They bring 8cm-tall puppets to life, tiny human figures made of wire, clay and black-and-white striped fabric. One, for example, attempts to escape and is gruesomely electrocuted in the barbed wire, and another succumbs to the heavy physical labor and is beaten excruciatingly slowly by a guard, until death inevitably comes. At other times, the camera tracks cardboard sheets covered with standing puppets. Hotel Modern made thousands of them. They disembark train carriages; they go to barracks, to gas chambers, to crematoria. There are no spoken lines, only sound effects and occasionally music. There is no acting: this is a serious game.

The reality of Auschwitz has been expressed a thousand times in feature films, documentaries and books, and almost always in a direct and confrontational way that leaves little room for the imagination. In Kamp, Hotel Modern allows each audience member to make his or her own ‘imagining’ of the reality. The makers do not show how Auschwitz was, rather the audience imagines how it could have been. For those observers of a sensitive disposition, the hour-long performance is one of internal discomfort and denial, albeit not continual, because the technology on display also pulls on one’s attention, as do the procedures the members of Hotel Modern carry out – the deft manipulations. Occasionally the latter dominates and the foundation of the performance is weakened. And afterwards there remains a sense of uncertainty: was it only the horrors of Auschwitz that one was touched by, or equally Hotel Modern’s ingenious wizardry that held us in thrall.

In Kamp, Hotel Modern employ similar techniques to those seen in The Great War – the production that put the group on the map. And not only in the Netherlands, because The Great War has now been performed throughout Europe and was recently put on again in Poland and northern France, the very area, that is, as it were, the ground on which the performance was built. And during the 2006-2007 season too, performances of The Great War will be alternated with those of Kamp. This will allow the audience to experience a three-dimensional animated portrayal of the two great wars of the last century.

There seems to be even less leeway between historical reality and theatrical illusion in The Great War than in Kamp. The parsley trees, the plant-spray rain and the bombardment of spluttering sparklers: the innocent nature of these ingredients contribute to a superior form of deceit and the audience is helplessly dragged into an breathtaking inferno.

The Great War has become a miniscule memorial – one distinguished by its simplicity – for the millions of soldiers who departed this life in the fire and the mire of the First World War. The same can be said of Kamp in relation of the millions of victims of the nazi regime.

Those who speak about Hotel Modern are apt to use words like ‘scale models’, ‘animations’ and ‘projections’. And it is true that these elements have pretty much become the group’s trademark. But it should not be forgotten that first and foremost Hotel Modern makes performances of enormous social and political significance. It is precisely the group’s ability to transcend technical ingenuity and individual anecdote that determines its exceptional position and its high-quality. Hotel Modern creates theater performances that stimulate the imagination in a very particular way, but additionally, and this virtue is equally important, the group repeatedly produces work that inspires reflection.

Excerpt of an article by Jos Nijhof, for the Flemish-Dutch cultural magazine Ons Erfdeel

Hotel Modern blends visual art, puppetry, music, film and performance in expressive theatre productions. The group’s visual language is rich and playful. Scale models play an important role in their work, allowing Hotel Modern to view the world literally from a macro perspective. The horror of war is a frequently recurring theme in the group’s work: Kamp is a theatrical portrait of Auschwitz, while The Great War depicts the First World War as seen through the eyes of the soldiers. In Our Empire, the company turns its gaze to the early years of the colonisation of the Dutch East-Indies.

Hotel Modern also make absurdist, lighter-hearted work, such as Shrimp Tales, which is a high-spirited portrayal of humanity in which 350 real, dried shrimps play the roles of people. Seaplane Mothership explores the vulnerability of art and in Rococo dancing bears answer the question of what happens when lust and unrestrained curiosity get free rein. In Banana and Oyster Knife the group discovers what connects cauliflowers, skulls and bath sponges. Once created, the productions remain on the company’s repertoire and are available for touring.

Hotel Modern’s first production for a larger venue dates from 2013: The Ring, an adaptation of Wagner’s “Der Ring des Nibelungen”, a co-production with the Netherlands Wind Ensemble. In 2019, The Netherlands Wind Ensemble invited the company for a spectaculair and imaginative fusion of dance, music and filmed images in John Adams’ Symmetries. In 2017, stage director Lotte de Beer invited Hotel Modern to contribute to her production of Rossini’s opera Moses in Egypt, an opera version of the biblical tale of the Exodus. The production was staged at the Bregenz Festival in Austria and, in 2018, at Opera Cologne in Germany.

The members of Hotel Modern are idealistic in the sense that they believe that theatre can foster a sense of reconciliation. They seek to offer solace in a world where people are sometimes afraid of one another. The group achieves this not by presenting a rose-tinted vision of the world, but by formulating a refined, confronting and poetic interpretation of reality.

Hotel Modern was founded in 1997. Its members are the actors Arlène Hoornweg and Pauline Kalker, and visual artist and performer Herman Helle. The composers Arthur Sauer and Ruud van der Pluijm often collaborate with the group. The company has won many awards, including the Erik Vos Award, the European Prix de Coppet, the VSCD Mime Award and the Wim Meilink Award for their entire body of work. Hotel Modern is based in Rotterdam in the Netherlands. It tours all over the world and performed from Paris to Milan and from New York to Tokyo.

In the upcoming 2021-2022 season we will play Our Empire in various theaters in the Netherlands and in our home base Theater Rotterdam. Also to be seen after the summer: Peter Peper, Hotel Modern’s very first children’s performance, which we created in collaboration with the young theater group IJsbeerINC. In the months of April and May 2022 our gripping performance Kamp will be staged again on May 4 in Theater Rotterdam. An exciting foreign musical adventure awaits us in the spring of 2022. The preparations are in full swing; but we’ll keep the details a secret for a little while longer.

As soon as ticket sales are announced at the tour theaters, we will post the performance dates on our website.

The people behind Hotel Modern

Through the years, Hotel Modern collaborated with many artists and other employees.

2019 Wim Meilink Award for the entire body of work

2008 Rococo selected for the Dutch and Flemish Theater Festival

Secondary Education: HAVO/VWO/MBO
In general, we find our performances suitable for havo/vwo students from 16 years on. But well-informed slightly younger havo/vwo or mbo students are also welcome. We could help enhance their theater experience with:
– a preparatory lesson or active workshop in the classroom
– an introduction in the theater prior to the performance
– a folder with articles and reviews on the various productions

University/HBO
Hotel Modern has extensive experience with students, who are often very enthusiastic about our form of theater.
– if the touring schedules allow it, the company members enjoy providing guest lectures at universities and colleges
– in the afternoon of an evening performance, groups of students are welcome in the touring theaters for an introduction on our work

Extra
After the performance ends, young people together with the other spectators are invited on stage to see the set from up close and ask questions in an informal way. Photos and selfies allowed!

Any wishes?
Do you have a specific education idea or wish? We would love to help you and look in to the possibilities. Please, do not hesitate to contact:

Kamp, Los Angeles 24 September 2018
The performance was powerful. How does one find a new language to speak about the Holocaust? This is what, it seems to me, that the creators of this piece were looking for, and found. We, the audience, were totally absorbed through the hour-long production. Afterwards, we could go up on stage to view the set and talk with the creators, but many of us, myself included, first remained in our seats for several minutes. One of the creators spoke about her grandfather, who died at Auschwitz. A young woman from the audience spoke about the frightening parallels to the dehumanization of other human beings that happens today. Later, getting back in my car and driving out into the city night: I still felt as if I were a bit in some alternate space — how could the two realities be true, what we had just witnessed, and this “normal” city night? I was glad to be with a friend, and we came back to my apartment and talked for a long while about it all. Many many thanks again.

Kamp, Toronto 16 April 2017
I attended Kamp on Friday night. I was the one sitting in the front who asked Pauline the question about how her personal emotional relationship to the material evolved over years of performances. […] As you can imagine, the performance was exceptional moving and affective. Thank you so much for the creation and endurance to continue to perform something so physically and mentally demanding that is also extremely intelligent, poetic and sensitive. From sound design to the scope and choices of construction material, the piece is a marvel of design, cinematography and theatre. From the bottom of my heart, as a grandchild of survivors, I can’t thank you enough.