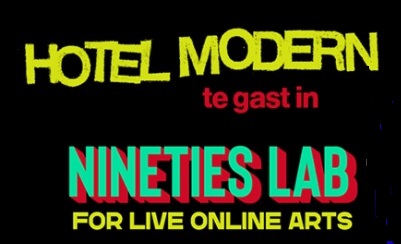 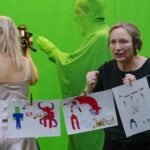 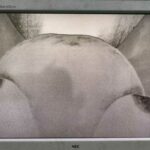 In Private Domain, Arlène Hoornweg gives a poignant portrayal of a passionate woman who, despite being haunted by malevolent hallucinations, still believes in true love. In a beauty vlog that spirals increasingly out of control, she reveals her beauty secrets – and the depths of her soul.
Pauline Kalker plunges into Time itself as she enters a world populated by paper animations, to embark on a search for her unborn children. Artist Heleen Wiemer made the animations to accompany this reimagining of the sometimes warped grieving process that can follow a miscarriage or abortion.
Ever since Hotel Modern’s international breakthrough in 2001, Herman Helle has been filming the corridors of the often vast hotels where the group has been staying on their foreign tours. He has used these images to create a kaleidoscopic collage especially for Private Domain, with music by Christiaan Verbeek.
And rumour has it that a Theremin-playing Bear (an incarnation of Ruud van der Pluijm) will be giving a guest performance. 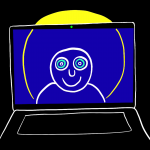 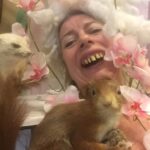 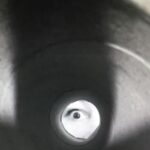 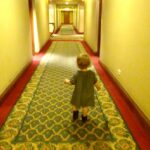 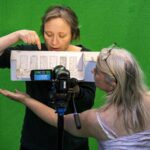 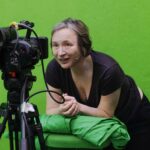 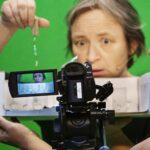 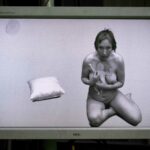 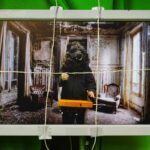 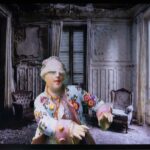 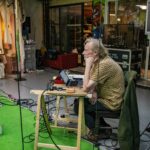 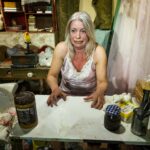 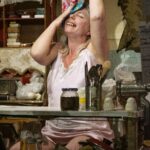 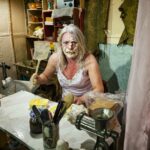 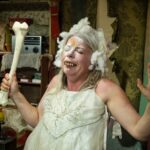 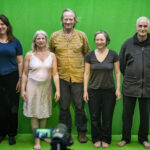