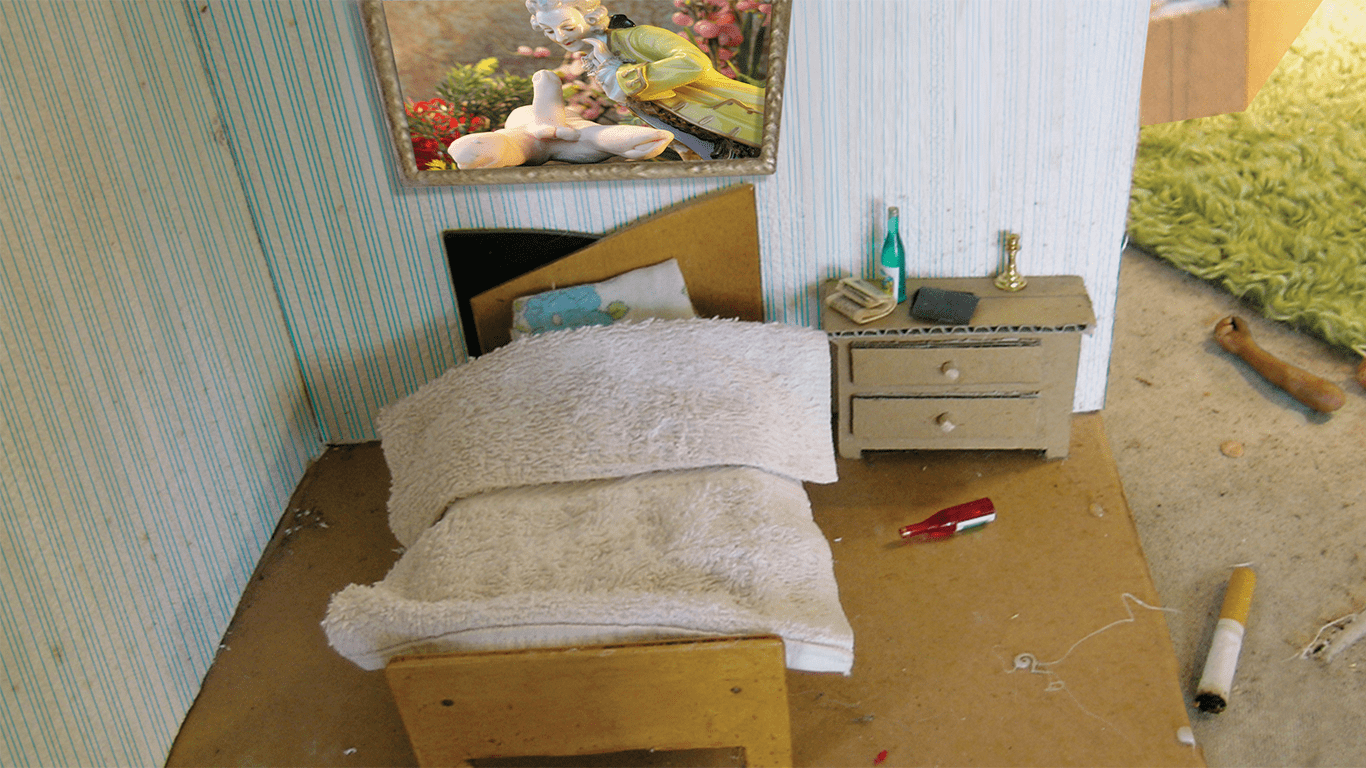 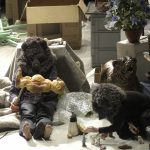 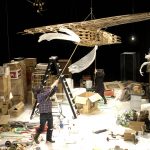 "The new production appears to be a radical break away from the performances based on scale models. In Rococo we again see Herman Helle and Pauline Kalker hurrying about, dealing with objects on stage, but this time they find themselves right among them. Dressed as bears they rummage around in a load of rubbish, much of which bulges from cardboard boxes." (Vrij Nederland)

"The piece is brimming with Freudian references. This imaginative representation of a world without social conventions, in which sensual impulses are given free rein, is simultaneously confrontational and funny." (Volkskrant)

"Rococo is about wonderment. The initial impression is of a light-hearted piece. But the scene at the end with the two figures onstage roasting feet over an imitation fire raises questions about the world that they, and we, live in." (Urban Mag) 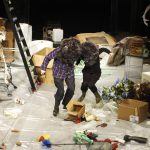 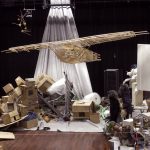 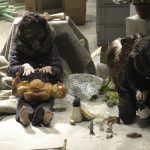 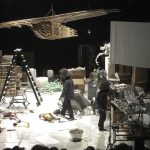 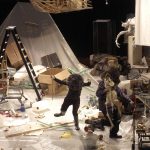 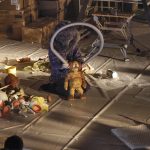