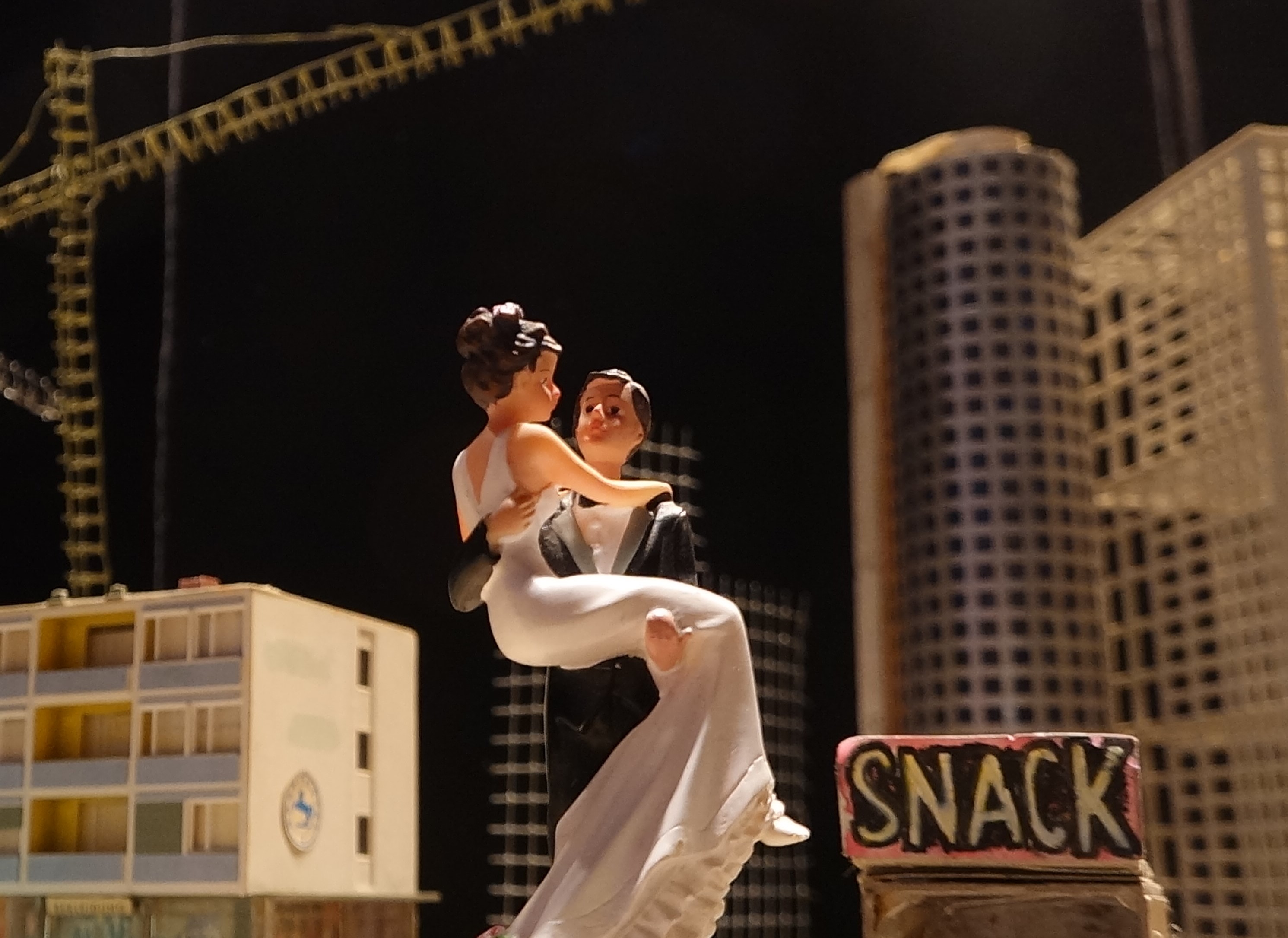 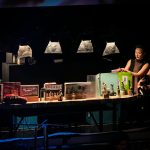 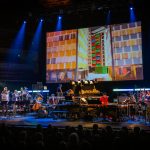 The press about our previous collaboration in 2013, The Ring in 90 minutes: "The combination of those handycrafted artists from Hotel Modern and the musicians of the Netherlands Wind Ensemble is a dream come true.” Trouw

"Using models, the magicians of theater company Hotel Modern build a city on site. Aided by a camera and a movie screen, the audience can seemingly wander about in it. The eclectic music of Adams is mirrored in anachronisms - an 18th-century figurine behind a pinball machine - and other stylistic collisions. Piled up garbage and war ruins provide a bitter undertone." (Haarlems Dagblad) 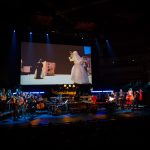 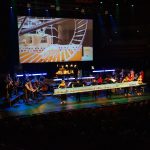 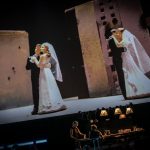 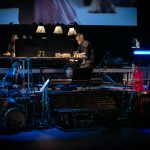 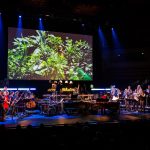